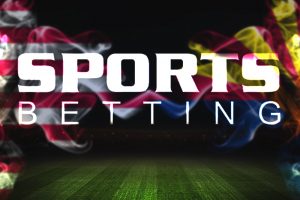 The next step is the Senate Appropriation Committee meeting on February 23. A positive vote could send the bill before the full Senate floor in March.

Those are the issues concerning the Senate committee, but in spite of everything, the bill passed the hearing.

The Committee was asked to explain their votes and only Sen. Tony Pace specifically said he opposed the bill, because he did not agree with gaming expansion.

There were only two other no votes, which came from Sen. Jamescita Peshlakai, who represents multiple Nation American reservations in her district, and committee Vice Chair Michelle Ugenti-Rita.

Sports betting backers are having their fingers crossed that the momentum would be enough for the bill to pass the next obstacles. However the long hearing from this week showed that there is a long way to go and that there are remaining issues that needed to be addressed.

Sen. Rosanna Gabaldon, who spoke in favor of the bill said she would consider keeping her support if some of the aforementioned concerns weren’t addressed.

The sports betting bill enjoys big support from both Democrats and Republicans. The proposal comes after years of negotiations between Gov. Doug Ducey, the tribes, sportsbook operators and Arizona professional sports league.

If the bill passes, Arizona tribes might be most benefited since they will be able to open online and retail sportsbooks. Professional sports venues with at least 15,000 seats, including the Phoenix Raceway and TPC Scottsdale, could also open sportsbooks.

Bets would be accepted also by certain horse racing tracks and fraternal organizations.

The Governor’s office announced that betting operators DraftKings, BetMGM and FanDuel; the Phoenix Coyotes, PGA Tour, Arizona Diamondbacks and the tribes have all testified in support of the sports betting bill.

Next step for the legislation is the Senate Appropriations Committee, which will discuss the future of sports betting and historic horse racing in the state as early as next week.

It is also possible that the committee postpones further action on one or both bills in order to give policymakers and gaming stakeholders more time to negotiate between competing interests.

In the meantime, the bill’s House companion continues advancing through the lower chamber of the state Legislature and could get a vote before the full floor in the coming weeks.

Although there are still some significant obstacles for the bill, its supporters are hopeful after the last Wednesday hearing. The Arizona sports betting bill indeed received a major push forward since it was last discussed in the beginning of February.