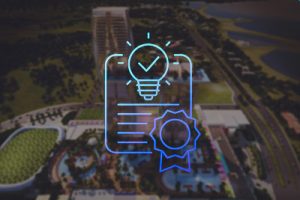 GEK Terna of Greece has secured a casino license for their Inspire Athens Integrated Resort, according to Greek City Times. Also, privatization of the former US Military base at Gournes in the Heraklion Prefecture on the north shore Isle of Crete is advancing.

The Helliniko casino concession was awarded to the Inspire Athens consortium on Friday by the Hellenic Gaming Commission in Greece.

Upon approval by the Court of Audits the consortium will tender a €150 million to procure the license from the state.

The license could be considered provisional as Mohegan Gaming and Entertainment (MGE) of the US was originally supposed to provide established gaming experience to the consortium in partnership with GEK Terna, the Greek-listed construction group that currently has 100% ownership of the consortium.

Mohegan pulled out of the deal this spring. In late September we reported that another US company, Hard Rock, had entered talks with GEK Terna.

Mohegan Gaming and Entertainment is a US-based gaming company grown from a First-peoples’ gaming enterprise with their Mohegan Sun casino complex in the state of Connecticut, formerly the world’s largest casino, into an international operator with a footprint that reaches all the way into Incheon South Korea with a US$% billion integrated resort as part of the international airport there.

Hard Rock International also grew from Tribal Gaming in the US where the Seminole Tribe of Florida opened their first gaing complexes before branching out into the international market with destinations as far flung as as the Asia Pacific, Europe-MIddle East-Africa, Central and South America and the Caribbean.

MGE left the consortium when it had a 65% stake in the deal to GEK’s 35%, saying that they were happy to participate in the venture but would no longer be stakeholders, leaving the local firm with 100% ownership.

Interestingly enough, Hard Rock and Mohegan were in competition for the 6,200,000 square metre Hellinikon development before MGE was chosen.

GEK Terna now reportedly has carte blanche on what sort of deal they end up cutting with a partner as their only contractual obligation is to maintain a 35% stake, as a Greek company, in the consortium. Regardless of long term ownership and revenue considerations, the company controls the $1b construction contract on the project and now sits in the driver’s seat with the concession already awarded.

The Hellenic Republic Asset Development Fund (HRADF) also announced on Friday that four bidders have entered the process to compete for one of the world’s most sought-after casino development/investment opportunities – an integrated casino resort on the north shore of Crete.

The former US military base in Heraklion has over 600m of coastal waterfront on the Cretan Sea. The site neighbors attractions like the Hellenic Centre for Marine Research, the Cretaquarium Thalassocosmos, the International Exhibition and Conference Centre of Crete, and the Hersonissos City Hall. It is situated near the island’s largest city and port.

According to a public release by HRADF, the following suitors entered the process prior to the October 15 deadline:

The Development Fund’s website stated on Friday: “The review of the documentation submitted in order to verify that they are in line with the terms specified in the Request for Proposal will begin immediately. Shortly after, the Board of Directors of HRADF will unseal the Financial Offers in accordance with the applicable procedure. HRADF may further ask for improved Financial Offers as per the rules of the Tender Process”.

For readers unfamiliar with the area, Greek and Cypriot casinos operate under completely separate laws and regulations and neither should be confused with the illegal operations in the “Blue Zone” between Cyprus and Turkey.

The post Athens and Isle Of Crete Casino Licenses On The Way appeared first on Casino News Daily.