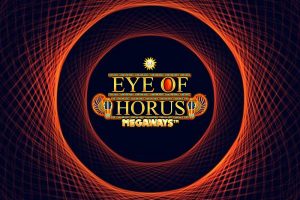 Eye of Horus Megaways incorporates Big Time Gaming’s epic Megaways mechanic and builds on the success of the all-time retail classic of the same name developed by Reel Time Gaming.

The game was crafted for online play by Blueprint Gaming and is now part of the content maker and supplier’s ever growing progressive jackpot slot series.

As part of Jackpot King, players who play the game now have the chance to hit one of three pots. Every spin on one of Europe’s top performing first retail and then online slot titles presents players with the opportunity to gain entry into the Wheel King feature.

Once they gain access to this special mode, players are guaranteed to scoop one of Jackpot King’s three progressive jackpots. Blueprint Gaming said that with the addition of Eye of Horus Megaways to its jackpot system, it further grows its momentum.

Earlier this month, Jackpot King also welcomed Diamond Mine Megaways, a Blueprint Gaming-developed title that was launched in 2018, to its ranks.

It should be noted that late last month, a PokerStars Casino player turned an €0.80 stake into an €8.1 million prize on Blueprint Gaming’s Deal or No Deal Megaways game, an online slot that is part of the Jackpot King series.

Commenting on the latest addition to Jackpot Kings, Blueprint Gaming Director of Key Accounts and Marketing UK Jo Purvis said that they “witnessed first-hand a few weeks ago the huge winning potential of Jackpot King and it’s fitting that a quality title like Eye of Horus Megaways is the latest to benefit from the functionality.”

Ms. Purvis went on to say that their progressive jackpot network is attracting a lot of interest from across the online casino industry right now and this is set to only continue as they plan to “introduce the progressive system to more of our player-favorite games.”

Blueprint Gaming has said that it would add its Fishin’ Frenzy Megaways slot to Jackpot King later this year as well as a bespoke online casino game that will incorporate its new Prize Lines mechanic. The jackpot network currently includes more than 60 titles.

Based in the UK, Blueprint Gaming is a UK-based game development studio that is part of Germany’s Gauselmann Group. It boasts a portfolio of more than 300 games that are licensed by the UK Gambling Commission, the Malta Gaming Authority, the Gibraltar Regulatory Authority, and the Alderney Gambling Control Commission and are certified in a number of markets, including Denmark, Sweden, Germany, Italy, Latvia, Lithuania, Spain, Romania, Portugal, and more.