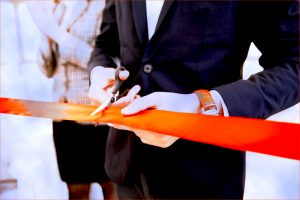 The former Eldorado Casino in Henderson, Nevada is set to open doors as The Pass in early April, news emerged this week.

The property is entering the final stages of a $5 million remodeling project that includes a revamped exterior with a new paint job, signage, and landscape design, new dining options, and a Circa Sports-operated sportsbook, among other things.

Las Vegas real estate developer Joe DeSimone purchased the downtown Henderson casino from Boyd Gaming late last year. The company said at the time that it decided to sell the property because it had become a “non-core asset” that represented “a very modest part of our overall business.”

Eldorado Casino was the first property in Boyd’s portfolio. The gambling venue opened doors in the early 1960s after the company’s founder Sam Boyd and his son Bill purchased the former Wheel Casino in Henderson.

Mr. DeSimone said earlier this year that while the property was no longer an essential asset for Boyd, it would be “a very essential asset for me.” The businessman’s gaming business, DeSimone Gaming, also owns Railroad Pass Hotel, Casino & Travel Center, known to be Henderson’s oldest running gambling establishment.

The former Eldorado Casino has been shuttered since March 2020 when Nevada lawmakers ordered the closure of all non-essential businesses as part of a hefty package of measures introduced to combat the spread of the coronavirus.

According to a statement released this week by DeSimone Gaming, The Pass is scheduled to open doors on April 1, subject to regulatory approval from the Nevada Gaming Commission. The regulator is set to discuss the matter during its scheduled monthly meeting next week.

The Nevada Gaming Control Board has already recommended DeSimone Gaming for the gaming license that it needs in order to be able to launch the property.

When it opens doors, The Pass will feature more than 350 new slot machines that will replace the property’s old and rather outdated devices. A 24-hour restaurant called Emelia’s Café, after Mr. DeSimone’s daughter, and an Italian-themed upscale eatery will be among its new dining facilities.

The casino will also feature a new, $800,000 sportsbook that will be operated by Circa Sports, the sports gambling brand of Las Vegas casino owner Derek Stevens.

A shuttle will be taking patrons between Mr. DeSimone’s two Henderson casinos. The properties will also share a rewards program.

The Pass will not feature a hotel at this point, but that may change in future. Mr. DeSimone said last month that the addition of a hotel tower was under consideration and depended on what downtown Henderson would need in future.