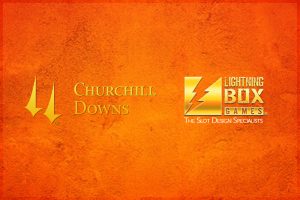 Sydney-based online casino games maker Lightning Box has strengthened its US footprint with the launch of a selection of its most popular slots with Churchill Downs-owned TwinsSpires in Michigan.

The iGaming content creator and supplier marked its debut in the Great Lakes State in January when online casino-style gaming was authorized there. Lightning Box’s portfolio went live in that state via SG Digital and its OpenGaming ecosystem.

The Aussie studio has now launched three of its most popular titles on the locally licensed TwinSpires online casino. The games that are now available to the latter’s players are Chicken Fox, Lightning Horseman, and Lightning Leopard.

Lightning Box has been live in the US market since 2014 when it launched its content in New Jersey. The company debuted its games in Pennsylvania in November 2020 to further expand its presence in this lucrative space.

But aside from supplying its library of games to real-money iGaming operators, the studio has also worked hard to build a significant presence in North America’s social gaming market. In July 2020, it announced a partnership with social casino firm Ruby Seven Studios to provide it with access to some of its most popular games. Based in Reno, Nevada Ruby Seven Studios operates a fast-growing network of social gaming sites.

Looking Forward to Sharing Games with Even More Michiganders

Commenting on their partnership with TwinSpires, Lightning Box CEO and co-founder Peter Causley said that they are very pleased that their games “would be featuring with one of the state’s most interesting and innovative digital brands.”

He praised TwinSpires’ owner, saying Churchill Downs needs no introduction to sports fans and it is now “great to see that its TwinSpires sportsbook and casino brand is also making big impressions.”

Mr. Causley further noted that Lightning Box, too, has a long heritage in the US market and their games are “loved by lots of Americans.” He also pointed out that they are looking forward to sharing them to even more online casino players from Michigan.

Churchill Downs VP iGaming Richard Sagman said that they are excited about the opportunity their partnership with Lightning Box presents as the studio produces “good quality games that our customers will enjoy.”

TwinSpires is Churchill Downs’ recently rebranded digital gaming and sports betting arm. The casino and racetrack operator previously used the brand for its online horse betting operations but announced earlier this year that it would replace its BetAmerica operation.

As part of the ongoing rebrand, Churchill Downs said it would rename all of its sportsbooks and iGaming operations in Colorado, Indiana, Michigan, Mississippi, New Jersey, and Pennsylvania in the first half of the year. The company recently celebrated another milestone as it launched a mobile and online TwinSpires sportsbook in the newly opened Tennessee market.