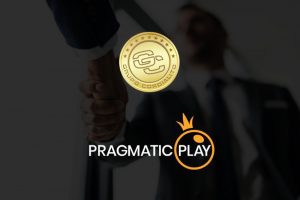 Pragmatic Play has continued its expansion effort in South America with a recent partnership in Venezuela that the online casino content supplier announced late last week.

The company has penned a supply agreement with Grupo Cordialito, a major operator in Venezuela’s online gaming and sports betting market.

As part of this recent deal, the online gambling group will gain access to the supplier’s entire collection of online slots, including recent releases such as Joker King and Eye of the Storm. The partnership between the two companies also includes all products from Pragmatic Play’s Live Casino and Virtual Sports ranges. The provider ventured into the virtual sports segment last year.

Commenting on their partnership with Grupo Cordialito, Yossi Barzely, Chief Business Development at the provider, said that growing in South America is one of their key goals and “that is seen with our commitment to partnering with leading operators in major nations across Latin America.”

Mr. Barzely went on that they are delighted to team up with the Venezuelan operator and are excited to start what they believe will be a “long and fruitful relationship.”

Grupo Cordialito CEO Javier Lopez said that Pragmatic Play’s content is perfectly suited for their business needs and that they could not be happier to join forces with the major provider.

Mr. Lopez also noted that their players will enjoy their partner’s extensive multi-vertical portfolio regardless of their tastes and that they are looking forward to “providing more engaging experiences.”

Pragmatic Play’s partnership with Grupo Cordialito marks another exciting milestone in the company’s continued Latin America expansion initiative. It also comes shortly before the first anniversary of the provider’s regional hub, which it established last year.

The hub is located in Argentina and Pragmatic Play’s team there is tasked with working to achieve its goals in the region by finding suitable local partners.

News about the supplier’s partnership with one of Venezuela’s largest gambling operators came shortly after it announced similar content supply deals with Solbet and BOLDT, both of these servicing LatAm players.

The Solbet partnership enabled Pragmatic Play to establish its presence in Peru, while with BOLDT it was able to expand in Paraguay and Argentina’s Santa Fe Province.

And earlier this month, the company announced that it would create a dedicated Live Casino environment for Unibet, the flagship iGaming and wagering brand of online gambling group Kindred. The studio will feature a number of branded live-dealer table games and action will be broadcast from Pragmatic Play’s facility in Bucharest via advanced 4K video technology and immersive sound system.