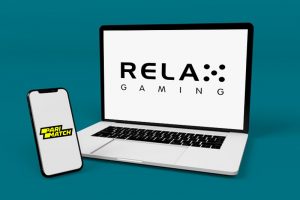 Online casino content supplier and aggregator Relax Gaming has expanded its network of operator partners with a recent supply deal with Parimatch.

Under an agreement between the provider and the iGaming and sports betting operator, the former will make its proprietary games available to the latter.

This means that Parimatch will gain access to Relax’s hit titles Temple Tumble, Snake Arena, and Money Train 2, among others. The games are set to become available to the operator’s ever-growing player base soon.

In addition to in-house content, this recent partnership will also see Relax supply its new partner with games from its fast-expanding library of aggregated online casino titles from a number of third-party studios, including ReelPlay, 4ThePlayer, and Fantasma Games.

Thanks to Relax’s Powered By and Silver Bullet partnership programs, content from more than 50 third-party studios is available to the provider’s network of international operators. Its aggregation platform features more than 1,500 online casino games, including its in-house headline slots and an ever-growing collection of third-party titles.

Parimatch has been part of the sports betting scene for over two decades. It operates in a number of territories around the world. The operator has seen a particularly rapid growth since it ventured into the online casino space a few years ago.

Another Step in the Right Direction

Commenting on their partnership with Parimatch, Relax Gaming Chief Commercial Officer Daniel Eskola said that it is a delight to be teaming up with the operator as it shares their values “of quality and differentiation.”

Mr. Eskola went on to say that this latest partnership marks another step in the right direction for Relax and that it advances their expansion aims while also broadening their reach in the right iGaming markets.

Parimatch Head of Gambling Products Eugene Saveliev added that they have been shifting toward “being a more technology-focused company” and that they have been broadening their horizons into the wider industry. Mr. Saveliev went on to say that this recent deal with Relax has been namely an extension of that drive.

He praised their new partner for its “technical excellence” and rich content library and also noted that these have been “a major highlight of our relationship so far.”

Relax has penned a series of operator partnerships in recent months as it looks to grow the presence of its proprietary and third-party aggregated content across existing and new territories. Last week, the company teamed up with Vavada Casino.

It has also recently partnered with the likes of Hurricane Global and Super Seven for increased European reach.