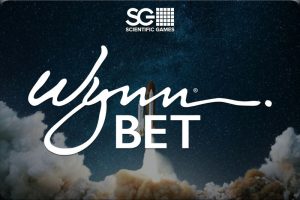 Gambling technology powerhouse Scientific Games Corporation has announced that it has launched its comprehensive sports betting solution with WynnBET in three big markets over the past few months as both companies look to establish themselves in the fast-growing US regulated sports betting space.

As part of a partnership between the gambling brand and Scientific Games, the former is now benefiting from the latter’s OpenSports product suite and managed trading services from Don Best Sports, while also leveraging the provider’s leading wagering technology.

In a Wednesday statement, Scientific Games said that its sports betting solutions have gone live with the popular brand in Indiana, Virginia, and Tennessee in the last few months.

WynnBET received conditional approval to enter Tennessee’s nascent athletic gambling market in February. The operator then entered the Virginia market in March and debuted its offering in Indiana in April.

Scientific Games noted that these recent launches have further enhanced the partnership between WynnBET and the major provider of various software solutions for the global gambling industry and have illustrated the growing appetite for regulated sports betting in the US.

Commenting on their latest big news, Scientific Games SVP and GM US Digital Cathryn Lai said that these three new state launches in quick succession “showcase the huge craving for sports betting experiences on the biggest sporting events throughout the US and beyond.”

The official went on to say that this has marked an important and exciting milestone in their alliance with WynnBET and that these three launches are also a testament to the power of their OpenSports platform as it is ready to “take the player offering in these three states to new heights.”

News emerged last month that WynnBET would join the slew of US-focused gambling operators choosing to take their business public by merging it with a special purpose acquisition company (SPAC).

It became known that WynnBET would combine with Austerlitz Acquisition Corp. I, a blank-check company created by Texan businessman William “Bill” Foley. Under that deal, the sports betting brand’s parent company, Wynn Resorts, will retain 58% of the combined business that will be valued at around $3.2 billion.

Wynn’s announcement that it would turn its online sports betting brand into a publicly listed entity surfaced shortly after the owner of European digital gambling powerhouse Betway unveiled similar plans to tie up with Sports Entertainment Acquisition Corp. and go public on the New York Stock Exchange.